Power Of The Ancients

November 22, 2021
I can't exactly say the past few weeks have been quiet (though I've certainly been busy, too busy to blog).
My garden has gone somewhat quiet in terms of rarities and scarcities. In fact, after an excellent two years of pandemic rarities, this autumn was fairly poor in adding new birds.
On top of that I'm looking at the first winter of no overwintering Robin (tragic I know, but I had gotten used to having a temporal scarcity on hand).
Luckily, there's of course real goodies to enjoy, such as these Grey Headed Woodpecker and Northern Long-Tailed Tits. 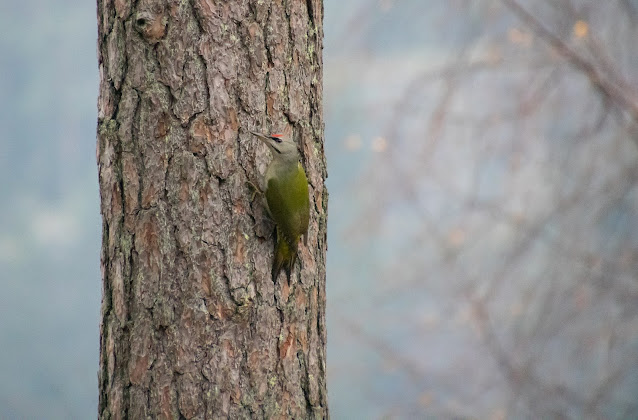 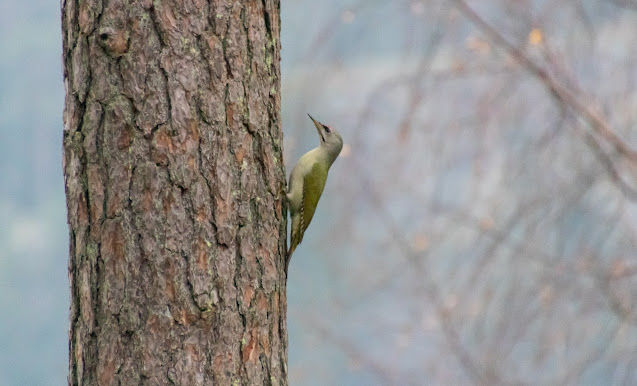 Grey Headed Woodpecker - an incredible assault of colour in winter. 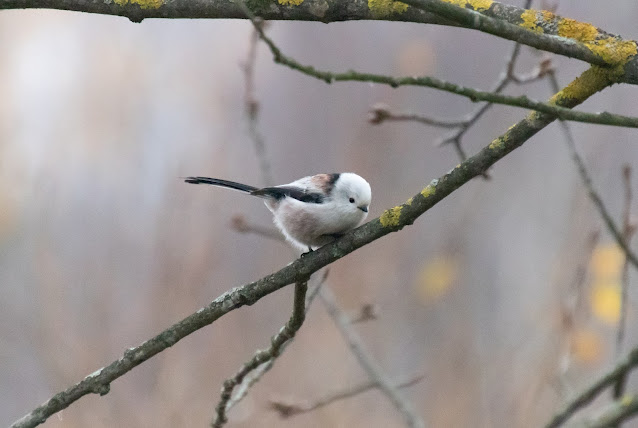 Northern Long-Tailed Tit
It's shaping up to be a pretty decent winter for Hawk-Owls, with several in residence in and around the city.
I even managed to find one of my own, jamming into it in the Espoo suburb where my In-laws live. 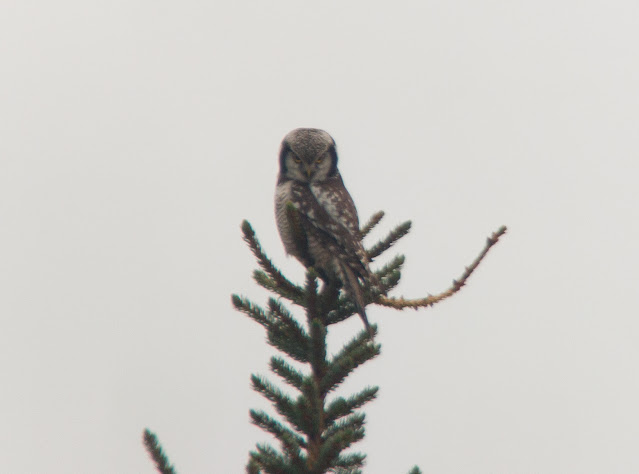 Hawk Owl
I haven't found many self found Hawk Owls down south. Up in Lapland, sure, you trip over them, but in the south, I think this is only my second/third.
The star bird from the past few weeks, of course, is one that made international headlines, the Ancient Murrelet at Porkkala.
I was working at home, when the news of a Little Auk came through. Little Auk is not a bird I'd run for here.
The pulse spiked, however when the news came through that the Little Auk was in fact a "Mustakurkkumurri"...now I didn't know what that was, I knew it meant Black Throated something or other. I had to look that name up, but anything with "Black Throated" in the name in was going to be big. To be honest...I was expecting the Google search to pop up with Brunnich's Guillemot...when Ancient Murrelet popped up my pulse flatlined.
This was perfect. It was lunch time anyway. I wasn't on pick up duty for my daughter. A quick change into winter wear and I was off.
I arrived to a huge collection of cars and a large assembled crowd.

Twitchers
I got seriously lucky.
I could pick up the bird with bins straight away, but the water was choppy and getting on it with the scope took a bit of effort. Once I had it though tracking was easy.
I watched it for a minute or two, taking in the grey upperparts and the pale tipped bill.
I then decided to get some video (photographs would have been pointless in the waves).
Not long after I pressed record the bird lifted and headed south...and that was seemingly all she wrote.
The bird never returned and I had managed to jam the last 10/15 minutes. 😱
Full fat lifer tickage and a very enjoyable bird.
One of those species, present in the back of Lewington's Rare birds that it was hard to say if you would ever get a shot at...and in Finland of all places.
A mind blowing bird. 2 full lifers, the murrelet and the Brown Shrike is not bad for an Autumn. 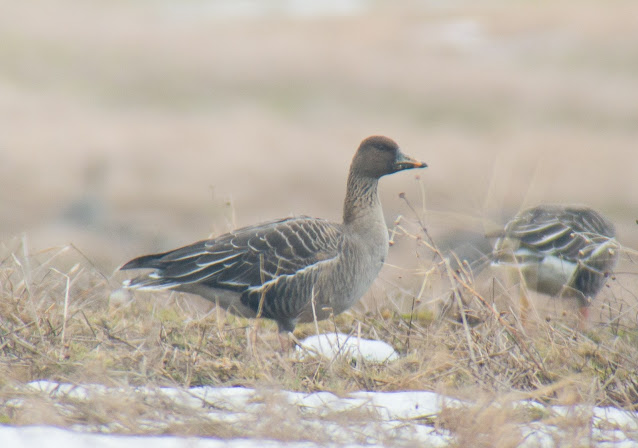 Have been meaning to write a post on Tundra and Taiga Bean Goose identification for a while now. Wildfowl are my guilty pleasure. I've always enjoyed looking for them. The escape issue turns a lot of people off them. Grey geese can turn people off further still. Since moving to Finland, being able to spend long hours in the field watching both types of Bean Goose has been a joy, especially considering how rare they are in Ireland.  Tundra Bean Geese are the far commoner species to occur here, making them the easier to photograph and so a good place to start. Tundra Bean Goose Tundra Bean Goose - careful assessment of structure is most important when identifying bean geese. Whilst there are size differences between the smaller Tundra and larger Taiga, this plays out most obviously in their structure and shape. Both species, rear on, can be extremely difficult to pick apart without the structural clues visible. The head and bill structure are crucial in Bean Goose identification. Thi
Read more 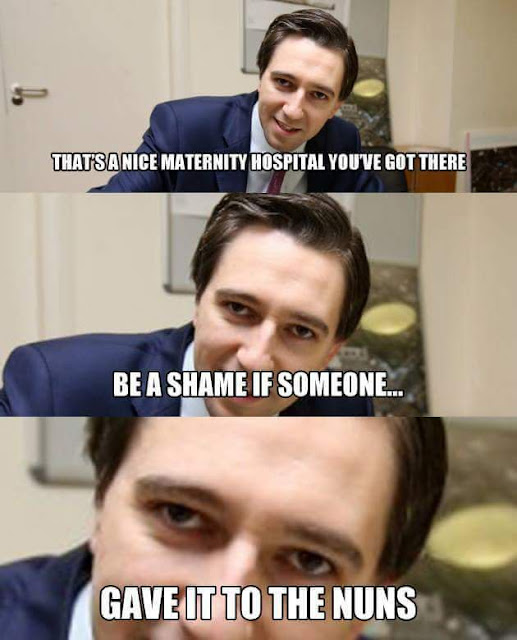 People often ask me why "I care about what's going on back in Ireland." I imagine many Irish people who've left to live in other countries, especially better countries, care what happens back home. That's why we want the ability to vote abroad. So we can have our say in making our country better, often with first hand experience of systems working better in our new country of residence. Now, don't get me wrong. Finland isn't perfect. No country is. It has it's scandals and dodgy politicians too. But it does seem to be on a smaller scale, it has to be said. Or maybe I just don't connect with them on the same level. Currently, the biggest long running scandal seems to be when the new metro will open between Espoo and Helsinki. Somewhat of a different level than, oh...I dunno...mass graves of babies around potatoland, like. There's no handing over the new maternity hospital to the nuns. There's no nnnyaaardeee rackin
Read more